99 replies to this topic

to answer your question, yes it works perfect with a controller, the second it detects one it changes all the prompts to A,B,X,Y,LB,RB etc. even in the menus. Im using a dualshock 4 emulating a 360 controller, it doesn't support the native dualshock 4 but its not like other games do either.

And ya BF has had garbage controller support in the past, they were definitely not designed for using one. Good to see they added decent support for one in battlefront.

Thank you very much for testing.  I will get this game now.  I was afraid to ask on normal gaming forums, since people usually flame you saying rubbish like "if your using a controller stick to console"

I can't believe a third battlefront game is actually in alpha. What are the recommended system specs? I may end up actually buying this game.

Sent from my Nexus 7 using Tapatalk

I can't believe a third battlefront game is actually in alpha. What are the recommended system specs? I may end up actually buying this game.

Sent from my Nexus 7 using Tapatalk

These are the minimum requirements for the alpha, not the finished game.

That is so cool. I remember hearing about sony and nintendo possibly working together and sony went on to make the play station. Had no idea they had a prototype.

So happy I have Gears of War again

Even though its a re-release, I love it.

Okay, I am not a hard core gamer so I haven't posted in here but I am wondering if any of you guys have an iPhone running iOS 9.1 and know of a working emulator that doesn't require jail-braking.

anyone playing the Division? best game i've played in a very long time.

Not yet, my backlog is like 50 games long so I'm trying to refrain from buying any new releases for a while. Looks really good though.

Actually I love how games have gotten so good, and there are so many to play that they are only $20 by the time I need a new one

I have been playing The Division on PC, gotta love some 4k gaming

Anyone else pre-order Occulus?  I did, but gotta say I am thinking about cancelling...

I thought about it, either the Oculus or Vive.. but that purchase would also require a better GPU. I'd rather not spend $1000 to try VR. Heck I don't even game at 4k yet. I mean it sounds fun and all, just don't know if its worth that much investment for me at this point, i'll probably wait a year or so and see how it does first.

The Doom open beta is fun, regardless of the reviews saying it sucks. Anyone else playing it?

I mean I can agree you can't expect a game exactly like Quake 3 or Unreal Tournament used to be, but its still fun regardless. I have to agree though with all the reviews, I wish they would have stuck with weapon pickups on the maps and not a weapon loadout. Half the fun of those older arena games was getting to one of the good guns on the map and dominating. Now in place of weapon pickups all you get is either the BFG/Gauss rifle or a demon rune, its similar in effect because you own with it, but its so much less common it just doesn't change the gameplay enough. Plus everyone can spawn with a rocket launcher or whatever so its just kinda lame. I dunno, if you keep an open mind and don't automatically expect it to be a modern clone of old arena games, I think you'll like it.

For your enjoyment, a Doom wallpaper 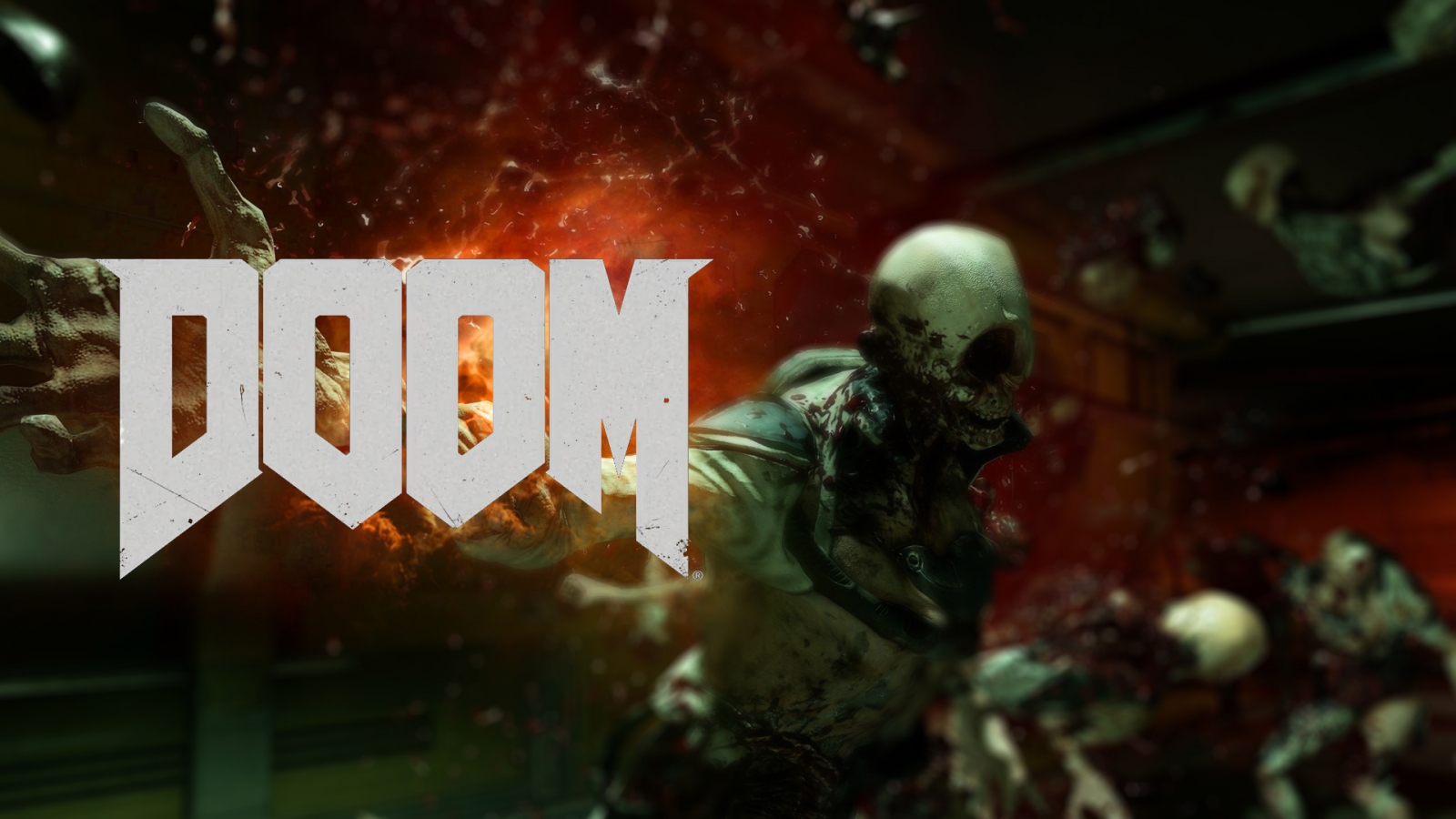 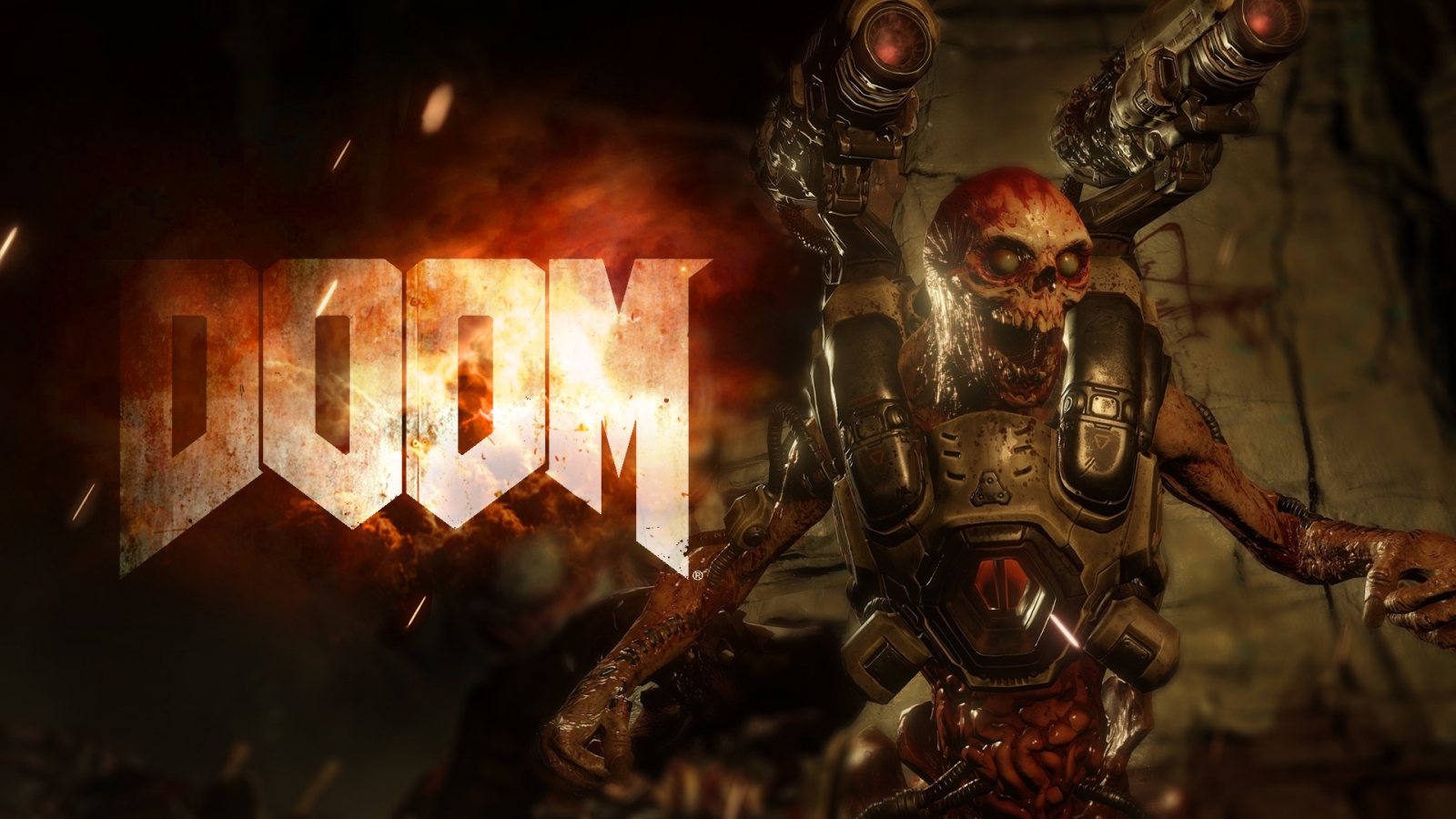 
Looks great! How old is your son?

Looks great! How old is your son?

looks cool, like a mix of castle crashers and dead pixels, added it to my insanely large wishlist.


Ok Nice! Would add it to my steam collection!

Back to Media Clubs