A new version of our Roku app has been rolling out and, in addition to several other quality, consistency and performance improvements, the app now supports a full array of language translations - even more than the Roku devices themselves do! 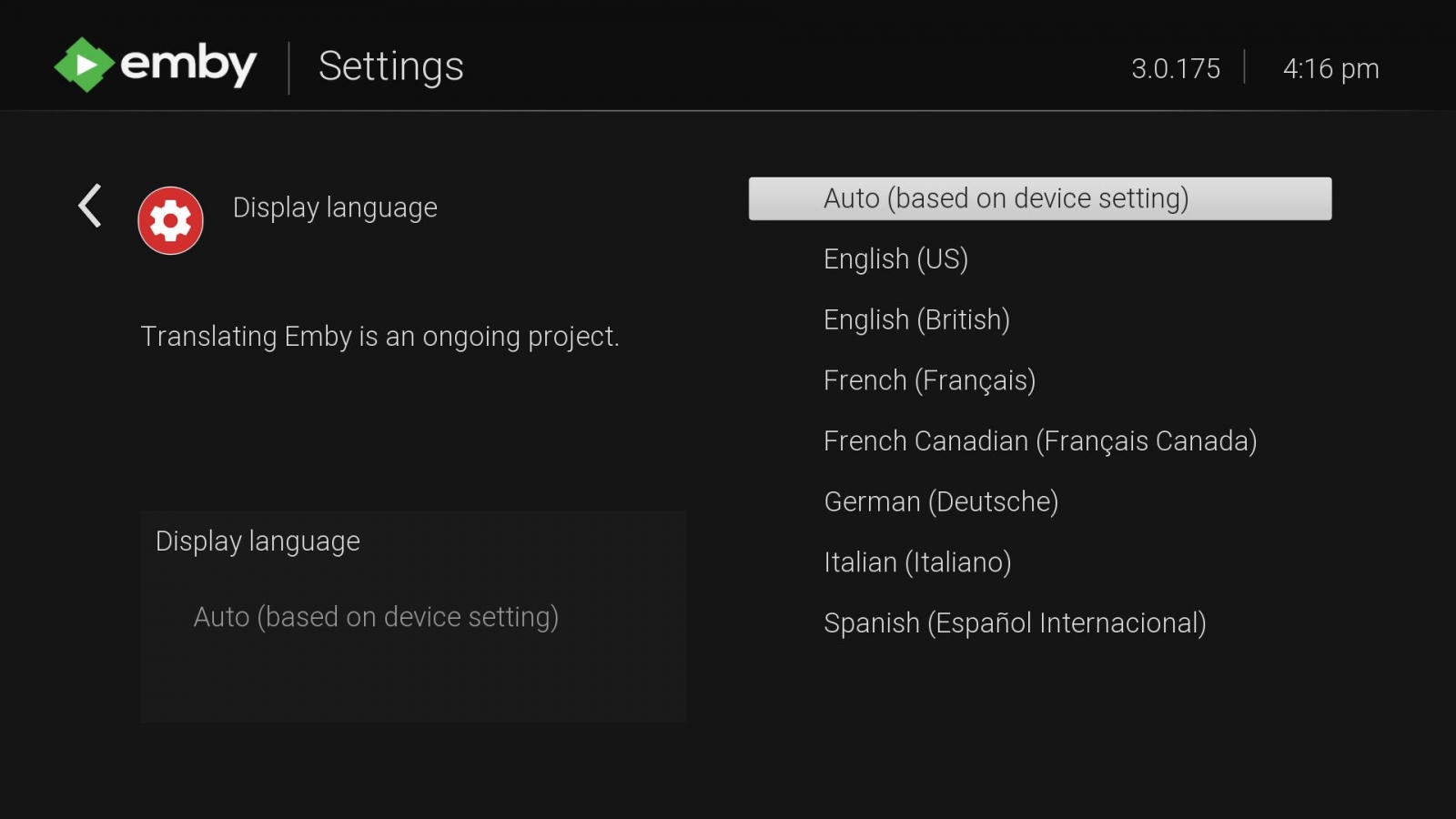 The default setting will follow your Roku device setting but, if you'd like a different language that the Roku itself doesn't support, you can select it in the options. Our translations are an ongoing community project. If you'd like to help, just sign on to OneSky and look for the "Emby" project (thanks in advance!).

In addition to language support, many behind the scenes and general functionality improvements have been made both enhancing the functionality in this app as well as bringing the presentation more in line with our other TV apps. 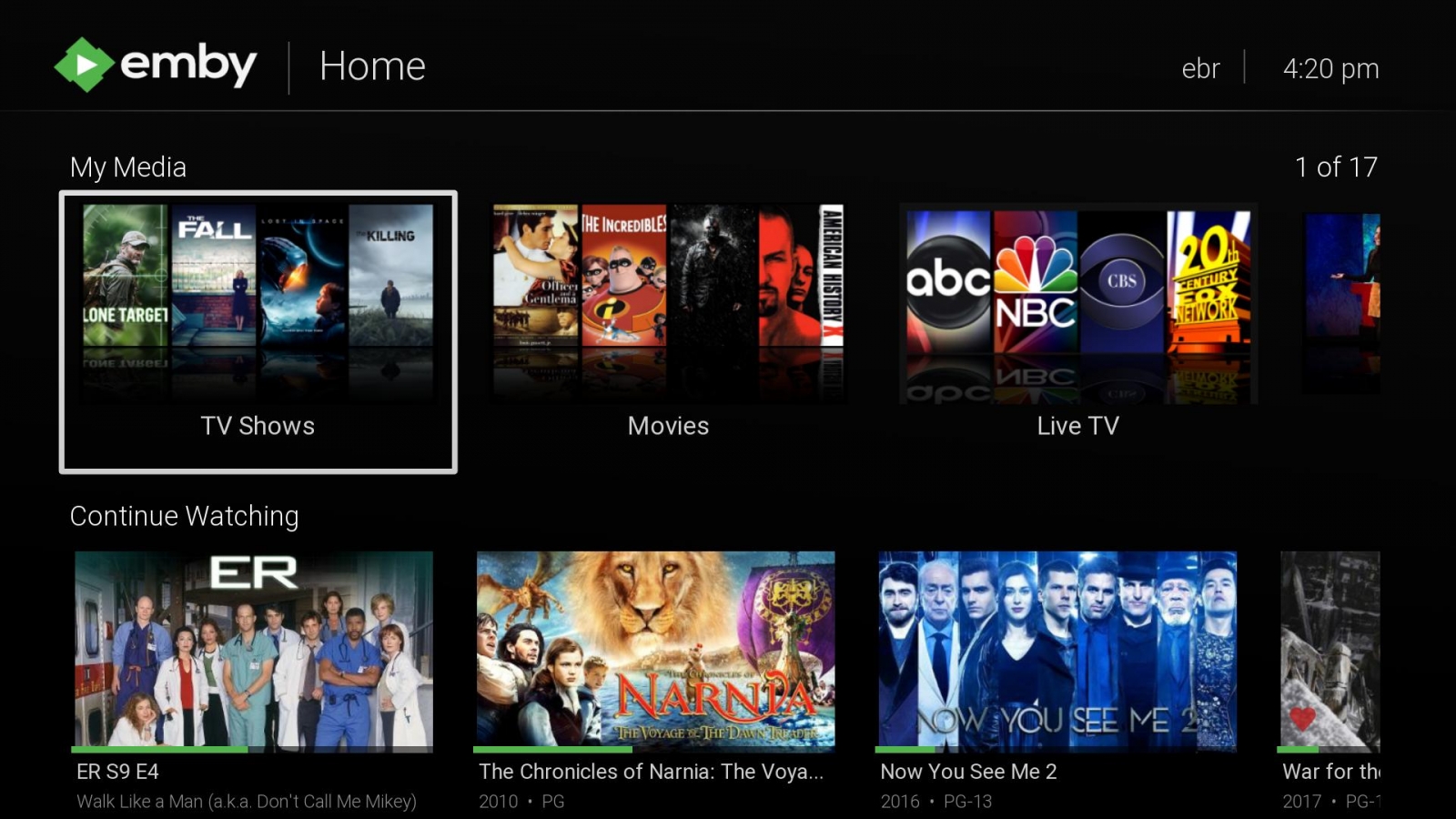 Some of the improvements include: