14 replies to this topic

So, I upgraded.  Now shows that were visible in my TV library are now not listed.  A bunch of stuff (I haven't been able to figure out all what) is now dumped in a show called "One Piece".  It contains many shows but it's all jumbled up so i can't even sort it. 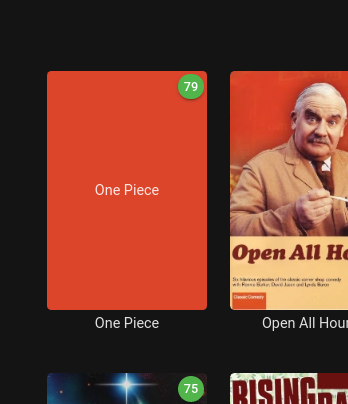 The show American Housewife (as well as Babylon 5, Star Trek, Delicious and more I; I gave up looking) are all in this One Piece.  As you can see from the images.  The Cast isn't even in any of them!

This also happened on my vps, but I was doing quite a bit of maintenance on it and thought I messed something up, so it's happened twice.  Everything was fine immediately before the upgrade. American Housewife was listed as we just watched an episode before I decided to come update.

Any advice?  I don't know what info is needed so just tell me what else I need.

What is your folder structure and what folder path is added to the library?

What folder path is added to the library in library setup?

All TV shows are in the folder /disks/4T/Series

So for AH we have 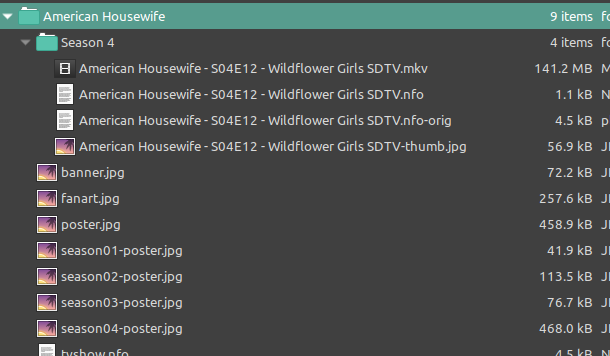 Not all have season folders.  some of my older manually added series just have the folder and series under that. 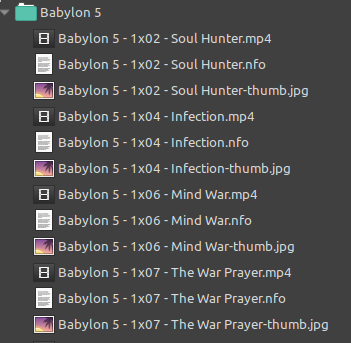 Are all series under /disks/4T/Series or are they nested in additional folders?

/disks/4T/Series  is the path to where series are stored each in their own folder.  Some have series folders (like american housewife) and some like Babylon 5 have all the episodes just under /disks/4T/Series/Babylon 5.

Everything appears to be correct but the change in 4.3 with the Series detection system is having issues on your setup or it is a database issue in the migration.

Can you test moving a couple series out of your /disks/4T/Series folder,doing a library scan, creating a New Library and a New Series folder and adding those removed series to this new folder, do they appear properly?

Moved the 4 series I could identify to a new folder /disks/4T/Series2.  Made a new library for this folder.  "One Piece" is no longer showing up in the Original library and the new library is displaying all 4 series correctly.

I take it back.  when I checked again One Piece was back but it looks like it now a single series "Star Trek".  I don't see anything wrong with the file structure do you? 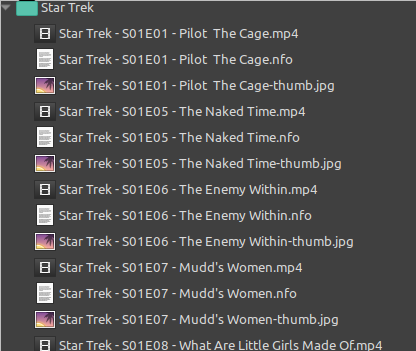 @boardbum that's great to hear. What was the solution?

Deleted all .nfo and .jpg files,  and just kept doing that several times while rescanning and finally it cleared itself out.