27 replies to this topic

I have noticed that I am missing a movie in my library. I can see the film in Metadata Editor and if I go into folder view I can find it's folder and the movie in it. However If I am in the library view the movie is missing.

Is it part of a collection?

Can you please discuss an example? thanks.

As an aside is it not possible to have the film counter back at the top of the list as it was 4 or 5 versions back.

That was very useful to find missing films from the data base as you could marry it up with what was in the folder.

For example you had 300 films showing in Emby but your folder count was 302 so you were two short in Emby.

not picked up by the database and do something about it.

Is it part of a collection?

It should be, but it is not being recognized.

Can you please discuss an example? thanks.

In this case Creed shows up in folder view

But does not show up in Library view.

What is the folder structure?

What is the folder structure?

Not exact names, but that is the structure.

How many emby libraries have you created, and using what folder paths?

I have two libraries one for movies and one for tv shows. Each movie has their own sub folder. Not sure how folder paths is different than folder structure, so I'm not really sure how to answer the second part

the movie folder has two folders in it. one for animated films and one for regular films. Same with the tv folder. Both movies in the example above are in the same library folder.

What exact folder paths did you add in emby library setup?

I made a mistake before I added the freeness paths not the path as the emby jail sees it. In emby the paths are:

If you start adding a new folder and use the directory picker to browser underneath /mnt/movies, does it show the contents there? or is it empty?

As a test, try going into the live tv section and using the button to start the process of adding an m3u tuner. This has a file browser. Try using that file browser and see if the video files show up there. Thanks.

Both films are in the live TV file browser as well.

Can you show a screenshot? thanks. 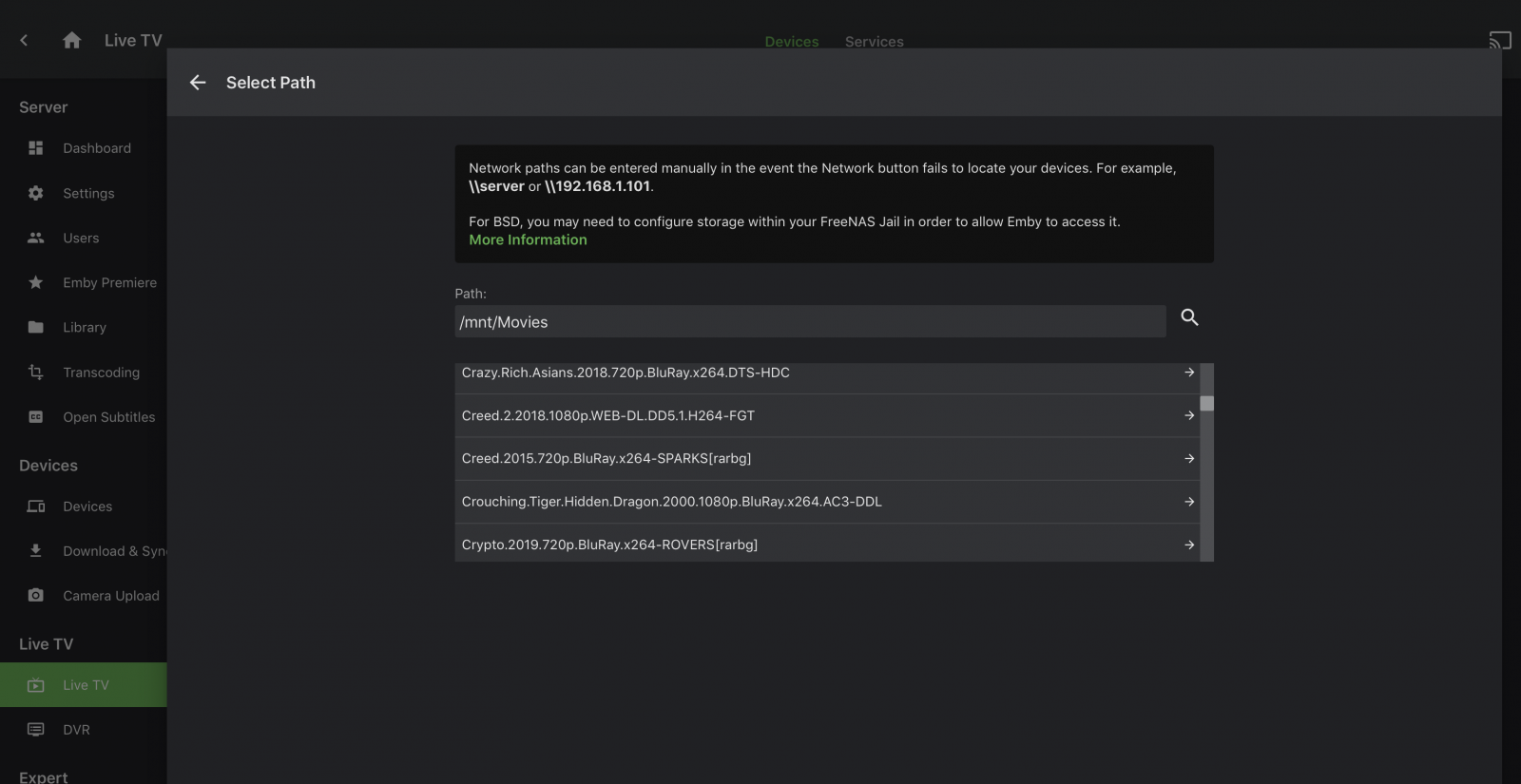 Which one is the movie file? Those are just folders, right?

Also tagged with one or more of these keywords: library