Some cases, the complete actor information table cannot be obtained 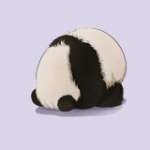