A small maintenance release has gone out to resolve a few issues that were introduced in 3.0.5971.

A new release is rolling out and this a great one for Emby users. Not only does this bring a number of performance improvements, but also some important bug fixes and valuable new features. Here are the highlights.

The .NET framework 4.6 is now required. If you haven't already installed it, make sure to run the Microsoft web installer:

If you're not sure, running the web installer again won't hurt. New users who install Emby Server will have this taken care of as part of the server installation process. If you're running Windows 7, then you'll need Service Pack 1 (SP1) in order to use .NET 4.6.

Performance has been a big theme with this release. You'll find Emby apps faster to browse and you'll also enjoy improved playback performance thanks to reduced transcoding.

Note: Browsing performance will improve even more after the first run of the "Clean Database" scheduled task following installation of the update.

Recordings using the built-in Live TV are now a regular Emby library. What does this mean? This means you finally have full access to all Emby features with your live tv recordings. They are immediately playable in all Emby apps, and now fully support internet metadata, parental controls, subtitle downloading, playlists, collections, and all of the other Emby features you've come to know and love.

How does it work? It's easy! Your recordings will be added as a regular Emby library: 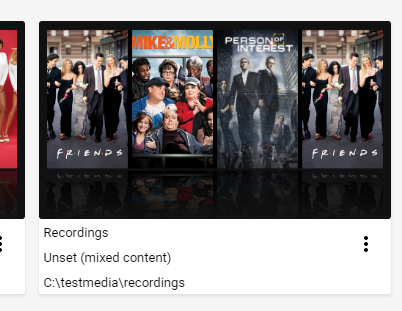 From here you can configure and tinker with it just like you would any other Emby library. Do you want to keep recordings separate from your other content? No problem! It's separate by default, and can be hidden from users using the normal access controls you've already grown accustomed to.

It's now a much more graphical and enjoyable process: 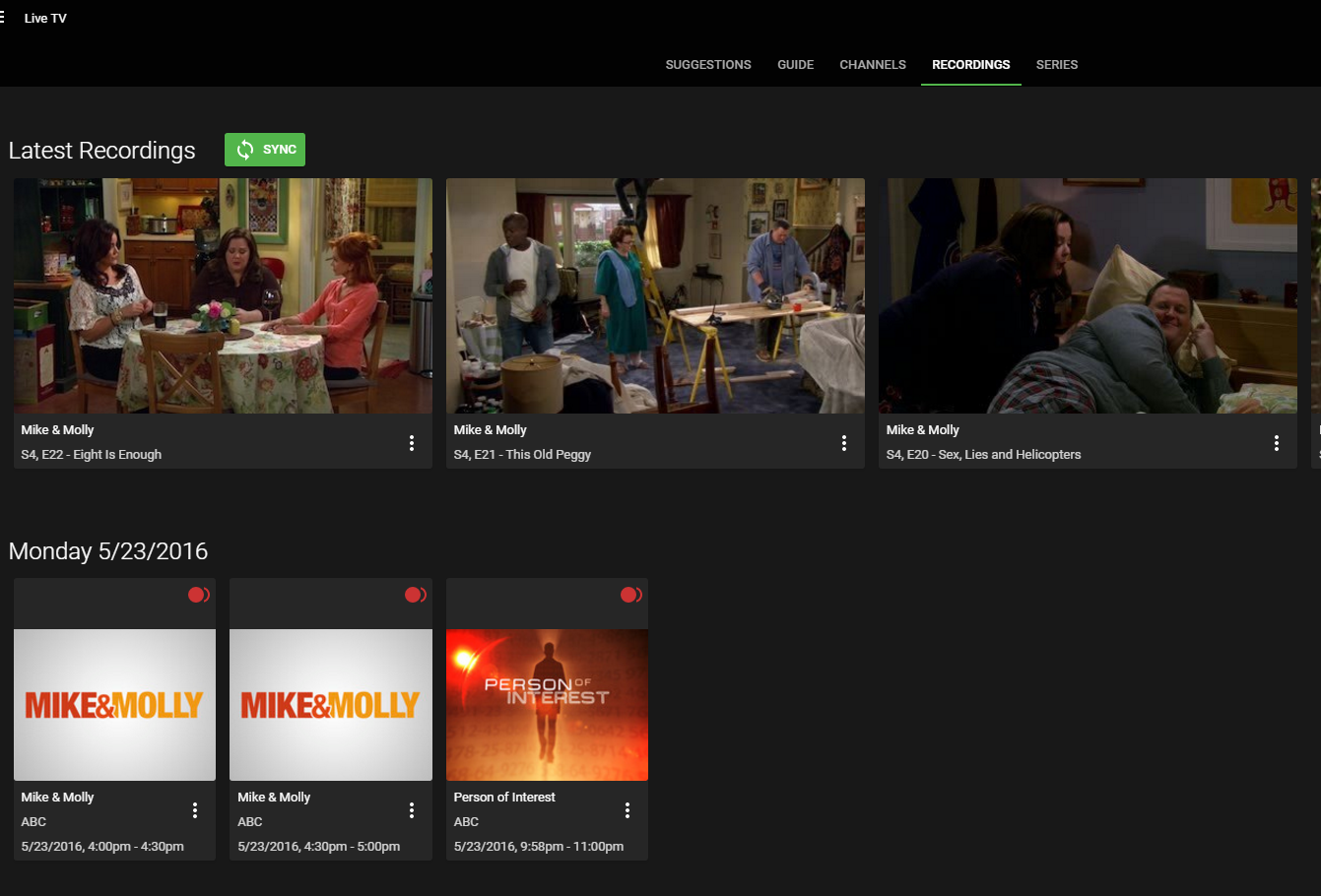 When you click to edit a recording, the editor now opens in a popup so that you don't even need to leave the screen to accomplish your objective: 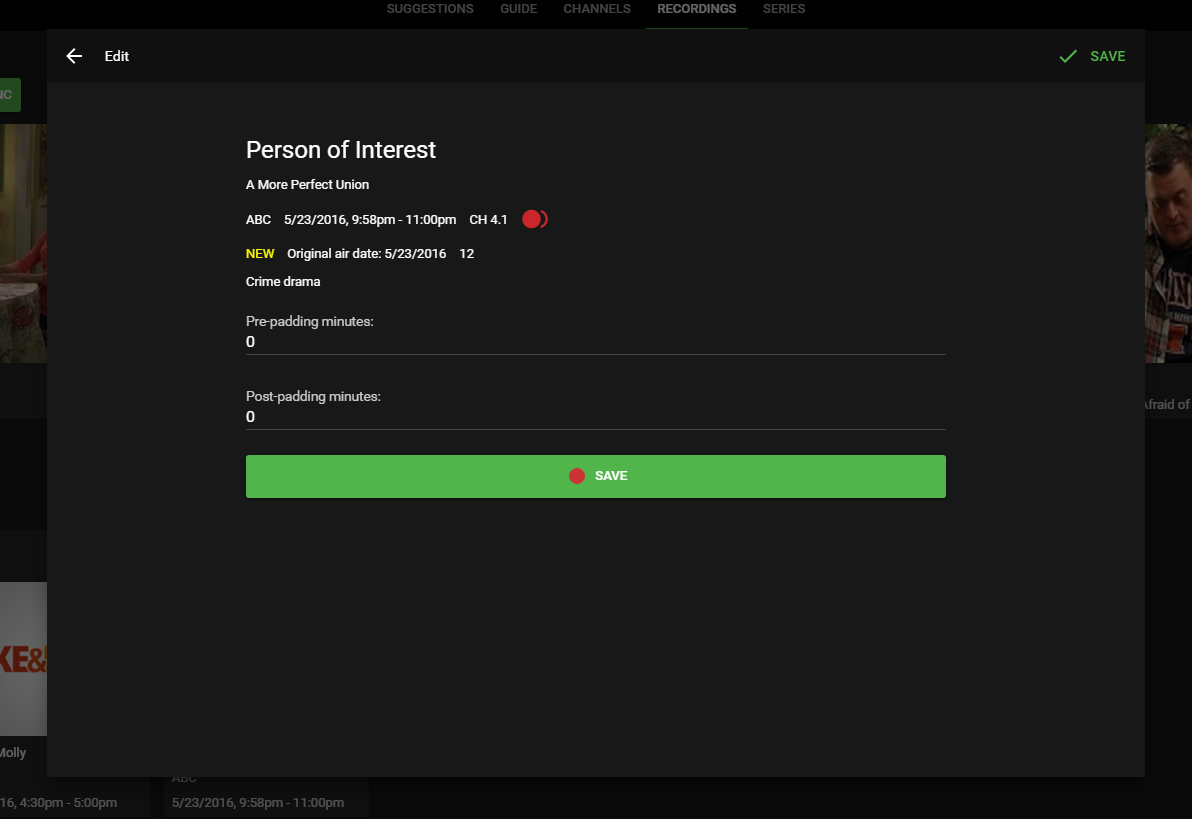 Playback in the Firefox browser is vastly improved, and video transcoding has been substantially reduced. In most cases now you'll enjoy direct video playback, even with high bitrates. We're really pleased with this.

Tip: These improvements also apply to the web based version of Emby Theater. Try it at http://tv.emby.media !

Playback for Apple TV and Roku has also been vastly improved and video transcoding has been substantially reduced. In most cases you'll enjoy direct video playback with only a simple audio conversion (if necessary).

Emby Server now supports embedded titles within your audio and subtitle tracks, allowing you to personalize the track selection menus across Emby apps.

Note: The server will not re-probe existing content in order to acquire embedded titles. This is for new content added going forward. To import track titles for existing media, you'll need to refresh the media using the web interface.

There's a new Live TV setting that will allow you to preserve original audio when converting recordings, if you prefer:

We're happy to announce improvements to our Device Discovery, and the Play To discovery issues have been resolved.

We've simplified the tv guide while adding some pretty icons to help you quickly identify your recordings and HD content.

Emby is designed to help you manage your personal media library, such as home videos and photos. Please see our terms of use and privacy policy. Downloading any Emby software constitutes acceptance of these terms.

Preview the latest features while they’re still in testing.