Multiple movie versions with ISO present do not play at all

16 replies to this topic

Hello.
All movies, when I have both a BluRay ISO and an MKV rip in the same directory, will not play either version.  They are detected and show up in the interface fine but neither will play.
This goes for the web interface as well.  Making this post a server issue for that reason.  It's independent of Emby Theater it seems but affects it.
When I click the Play button it activates, meaning the animation that shows that the click registered but nothing at all happens to play the file.  For the MKV or the ISO.
NOW, when I have a movie that has multiple .mkv versions with NO ISO present they all play fine.  It seems to only be an issue when one of the files is an ISO.
The server log attached has me trying to play this film, the MKV version in both the web interface AND Emby Theater but I can't find any mention of the attempt at all.  Odd.  I also played another movie without an ISO just to test that playback was working.  That one is listed "Jason Bourne"
Emby Theater 2.9.6
Running on 2 different hosts both Win10Pro
Same behavior on both hosts
Emby server 3.3.1.9 beta
The naming I use is in the screenshot and based on this article here - https://github.com/M...ki/Movie naming 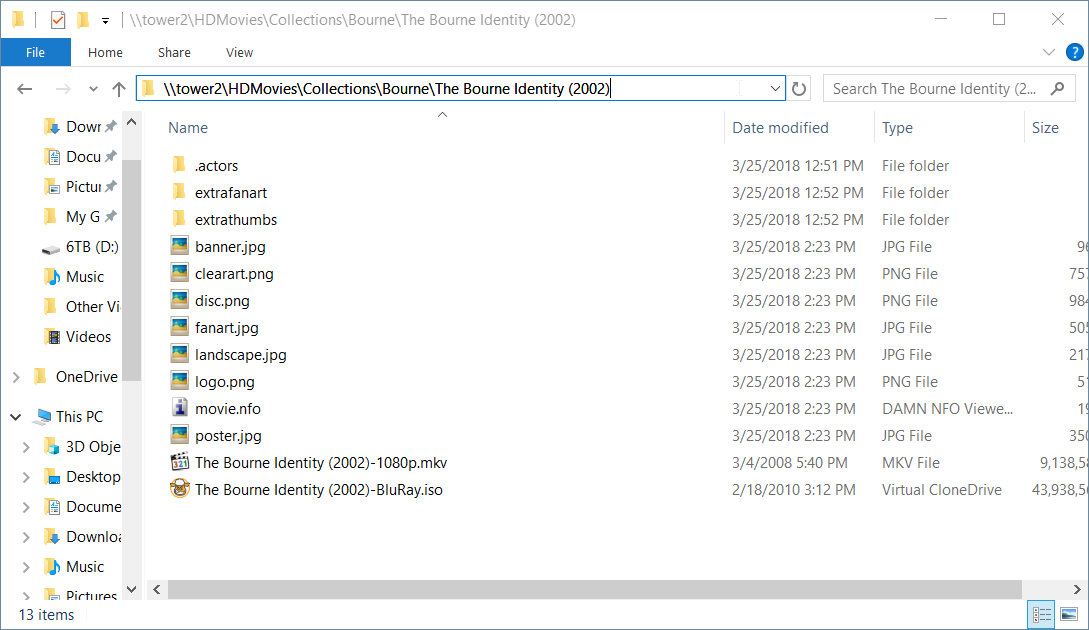 As you can see it detects both versions... 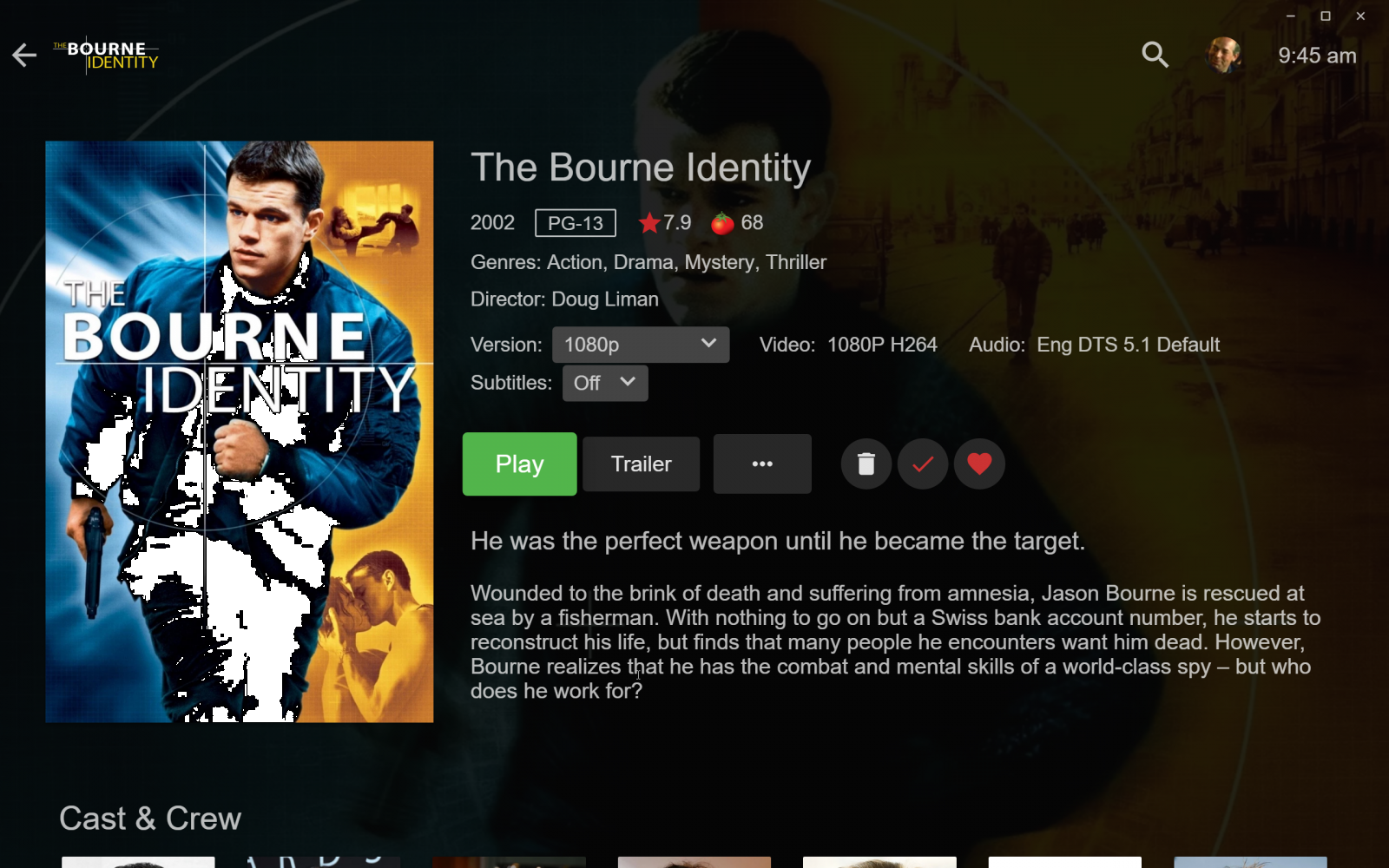 Any help is greatly appreciated

You can learn how to do that here:
https://emby.media/c...port-a-problem/
Thanks.

You can learn how to do that here:
https://emby.media/c...port-a-problem/
Thanks.

Odd thought I did.  Here you go.

Was there an ffmpeg log? can you attach that too? thanks.

Was there an ffmpeg log? can you attach that too? thanks.

Sorry to derail your topic, just a quick question.

How are you getting Emby to show just 1080p, All my multi-version movies are showing basically the full filename with extension, even using you're naming convention in your image it still shows the full filename.

Thanks and sorry for the derail.

There are some changes in the beta server to the display title.

Side note.  The Roku client can play the 1080p just fine.

Any traction on this?  Anything else I can do to test?

Do I need to open a bug report on github?

Please try again with the next release of emby server, thanks.

Please try again with the next release of emby server, thanks.

I tried one with ISO and 1080p MKV that was not Bourne but I believe did not work.  In fact I was under the impression none of them worked.  But the one that does, I dug around, looked at movie.nfo and such and the only difference I found was the ones that do not work have subtitles embedded in the MKV.

So I tested with ones known to not work.  Two bourne movies confirmed to have the issue.

I moved both out of the path emby could see.  On the control movie I changed nothing.

On the other one I replaced the MKV with one without subtitles.

Sure enough the one I replaced the MKV on worked fine after moving it back and scanning.

Something about having both, 2 different versions and subs in an MKV trips it up.

Replacing the MKVs back to their original state and the problem comes back.

Also note that the MKVs with subs play fine in multiple players and also when there is no ISO in the folder.

Can you provide a new server and ffmpeg log based on this? Thanks.

Alright subtitles was a false start. I think I have it now.  It's what file is listed in the PATH in the DB.

If the ISO is listed nothing will work.  If the MKV then all is well.  By renaming both files and rescanning it fixed one of the ones that was not working without removing subs or remuxing at all. 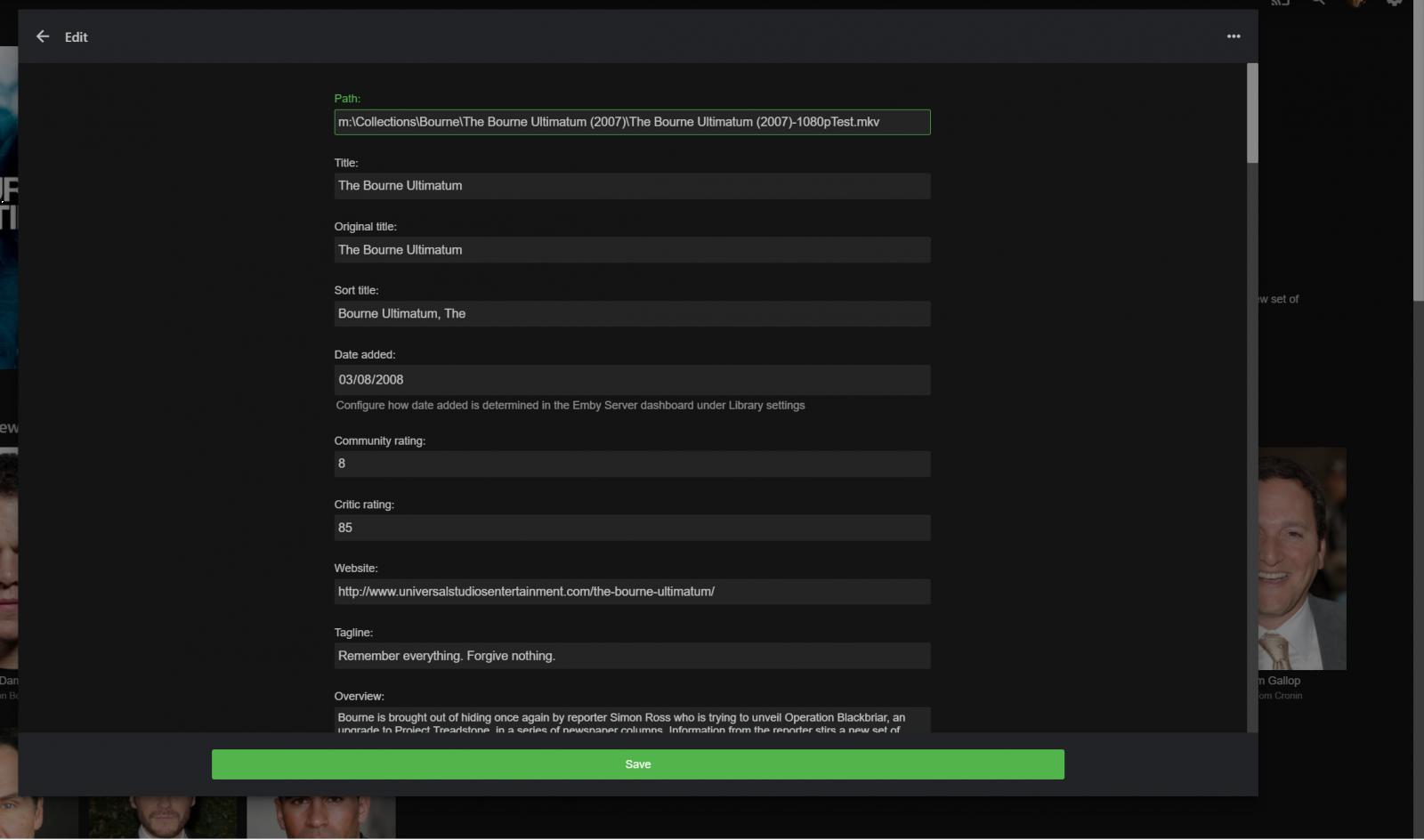 Hi.  Can you please clarify that?

Hi.  Can you please clarify that?

Ah ok.  I edited it because yeah I messed up on the statement. Let me try and restate from the beginning for clarity as well since I added a lot of confusion while I was troubleshooting.

The problem is when you have multiple versions of 1 film in the same folder and one of them is an ISO and the other is, say, an MKV, neither version will play in Emby Theater or even the web interface...

The Path entry, seen in my most recent screenshot, has the ISO file listed instead of the MKV file.

So, if when scanning, emby picks the ISO as the primary file for that movie then playback will not work for either version at all.  However, if the MKV becomes the primary (meaning it is listed in the path entry in the DB) playback for both versions works fine.

By default, MOST of my dual version movies have the ISO as the primary.

By renaming the files a bit, say adding extra words like test and such to the filename, emby registers a change and sometimes changes the primary file to the MKV.  I can't get it to consistently, really, but the ones that have changed work 100%,  Since I can't manually change the path in the gui it's the only way to get it to work as of right now.

So, assuming you guys can reproduce this, one of two things needs to be fixed:

#1 - If there are two versions and one is an ISO and listed in path, whatever is causing the failure to play needs to be found and fixed

#2 - the default file in path always needs to be something other than an ISO so that the bug isn't tickled.

This should be reproduceable, especially if the devs have access to manually edit the path which we don't.  Since I don't, I have to make a change and rescan and then go check and so and so on.

Here is a screenshot of one I was able to get fixed by renaming and rescanning:

Here is what the directory for that movie looks like: 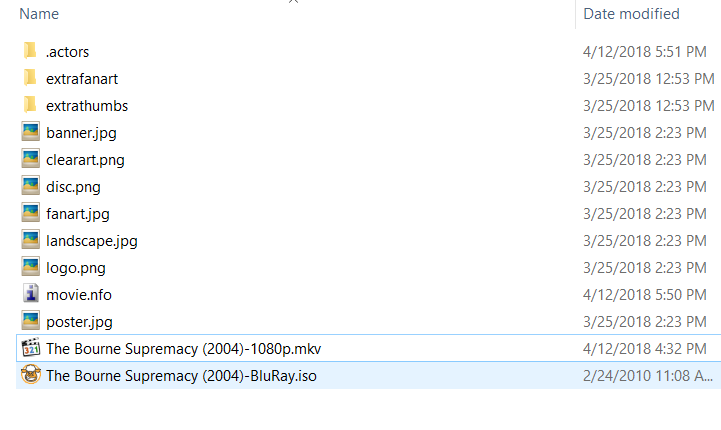 And for reference, here is one that doesn't work: (In fact, I have been trying to get this one to work but have been unsuccessful in getting the path to change.  Just got tired of messing with it.) 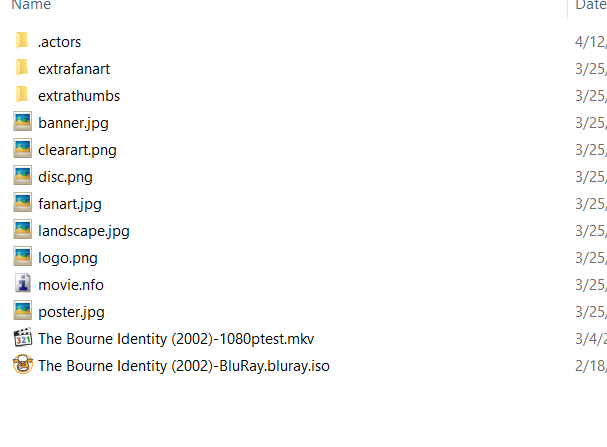 Also tagged with one or more of these keywords: ISO, Server, Theater