Oreo brings with it a new launcher on Android TV which allows each individual app to have its own entire row(s) on the device home screen. Emby for Android TV will automatically add one of these rows (called "channels" in Android) to your device home screen the first time it runs under Oreo. 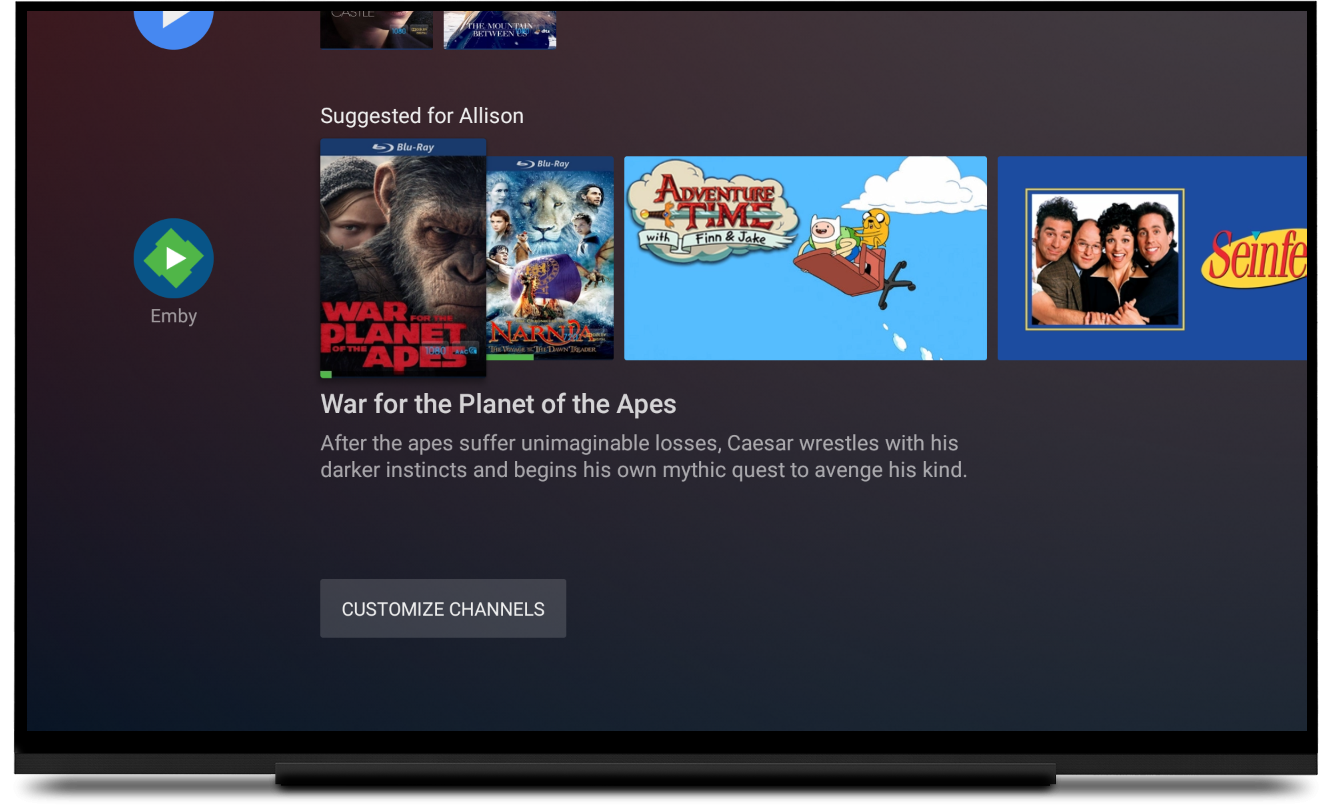 This new channel can be moved to where you want it on the home screen or hidden entirely if you don't want it via the "Customize Channels" button on the device home. It will contain in-progress items, next up TV episodes, latest unwatched movies and other suggestions that allow you to directly get to this content from the Android TV launcher.

Additionally, the app will add two more optional channels that you can enable if you wish (more may come in the future). 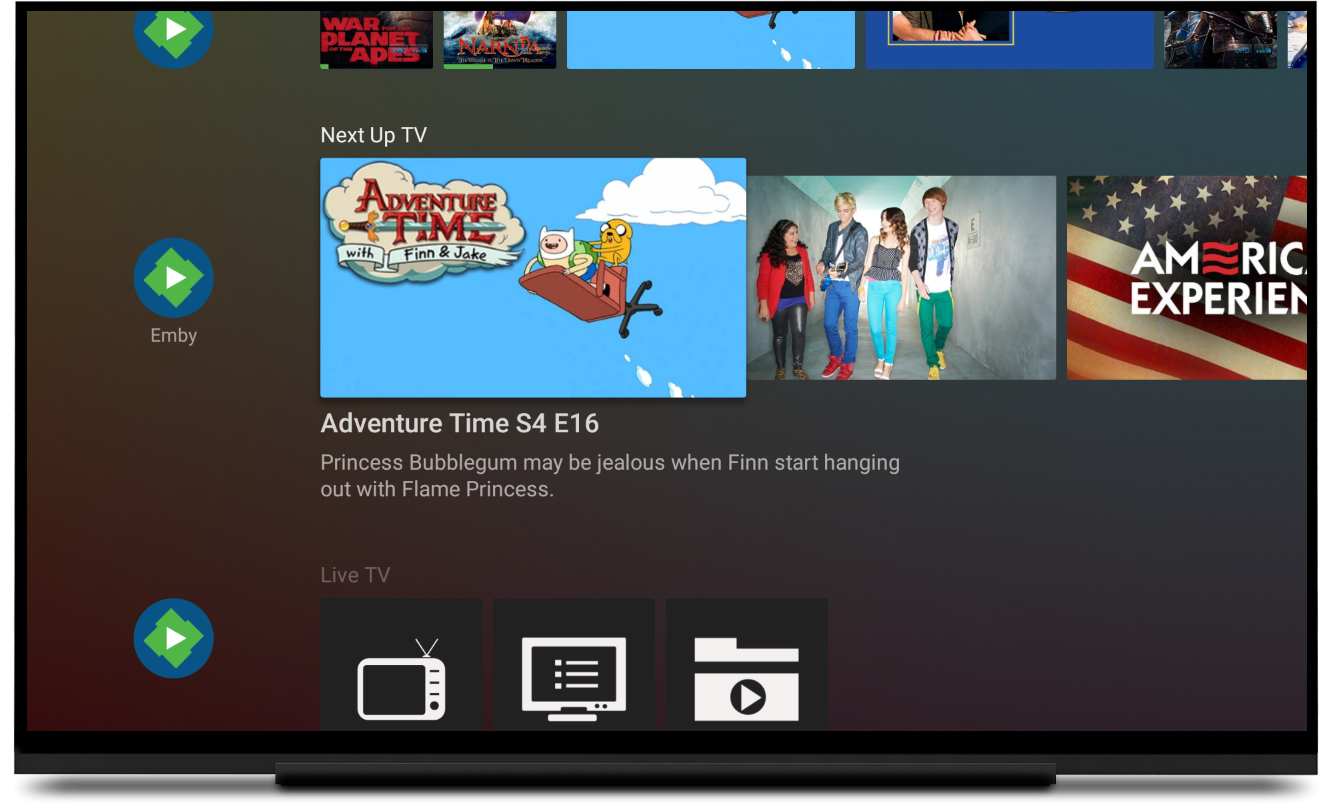 These optional channels are:

Next Up TV
- If you enable this channel, then your Next Up TV row that usually appears on the Emby home screen will be presented right on the device launcher. Enabling you to quickly get to and watch the next episode in the series you are following. If this channel is enabled on the device, then the default "Suggested" channel will not show next up TV. Instead it will just show other suggested content.
Live TV Shortcuts
- If you enable this channel it will give you quick ways to enter your Live TV library for On Now, the Guide and your recordings.

Finally, the new Android TV launcher also provides a special channel called "Play Next". The user can add content from any of the other channels on the device home to this special channel in order to make a kind of "next up queue" across all apps on the device. In addition to being able to add items from the Emby channels, you can also add any video from within the Emby app by using the long-press context menu and selecting "Add to Play Next". Then that item will have a direct shortcut in your Play Next row on the device home. 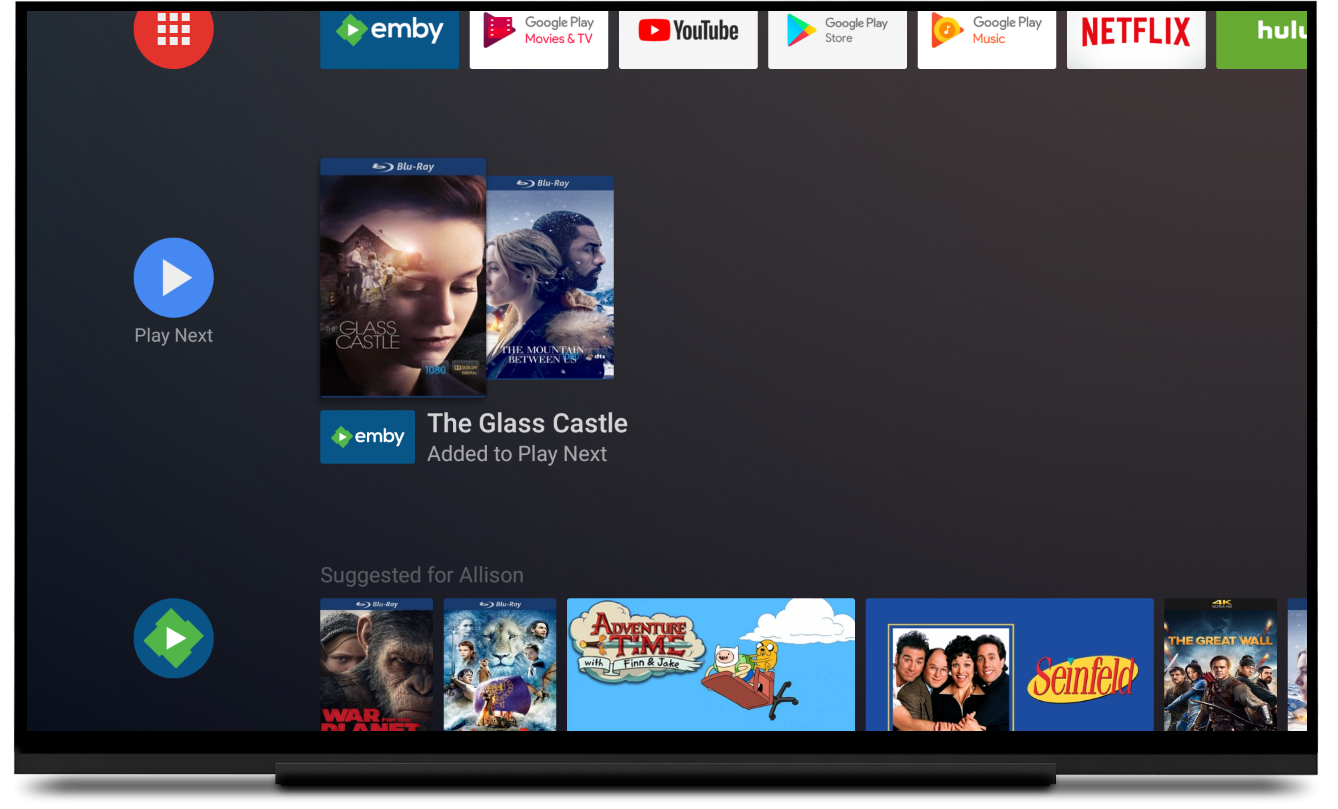 In addition to the Oreo updates, other fixes and enhancements included in this release are:

We hope you enjoy these enhancements and we are already working on the next batch. Thanks!