A new release of Emby Server is currently rolling out. Here are the highlights.

Want to reduce on the fly transcoding? We now have a feature that can help you convert your library into streaming-friendly formats. It's easy, just right click or tap on a video and select Convert in the menu. 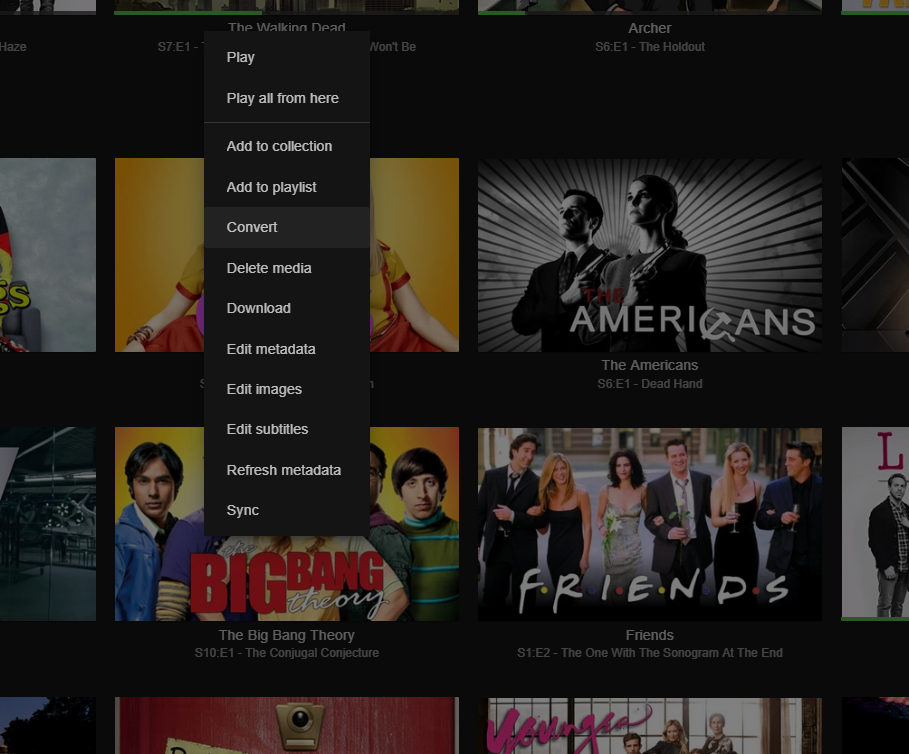 Then specify the options you want: 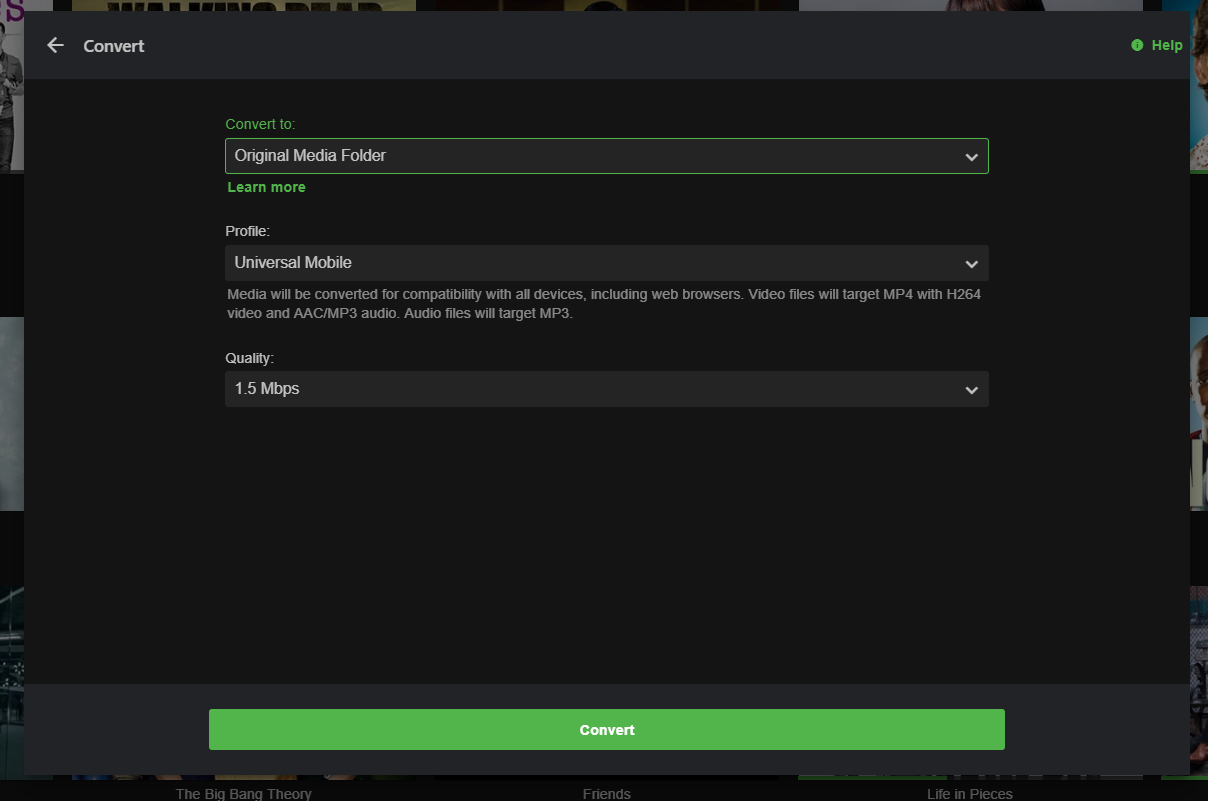 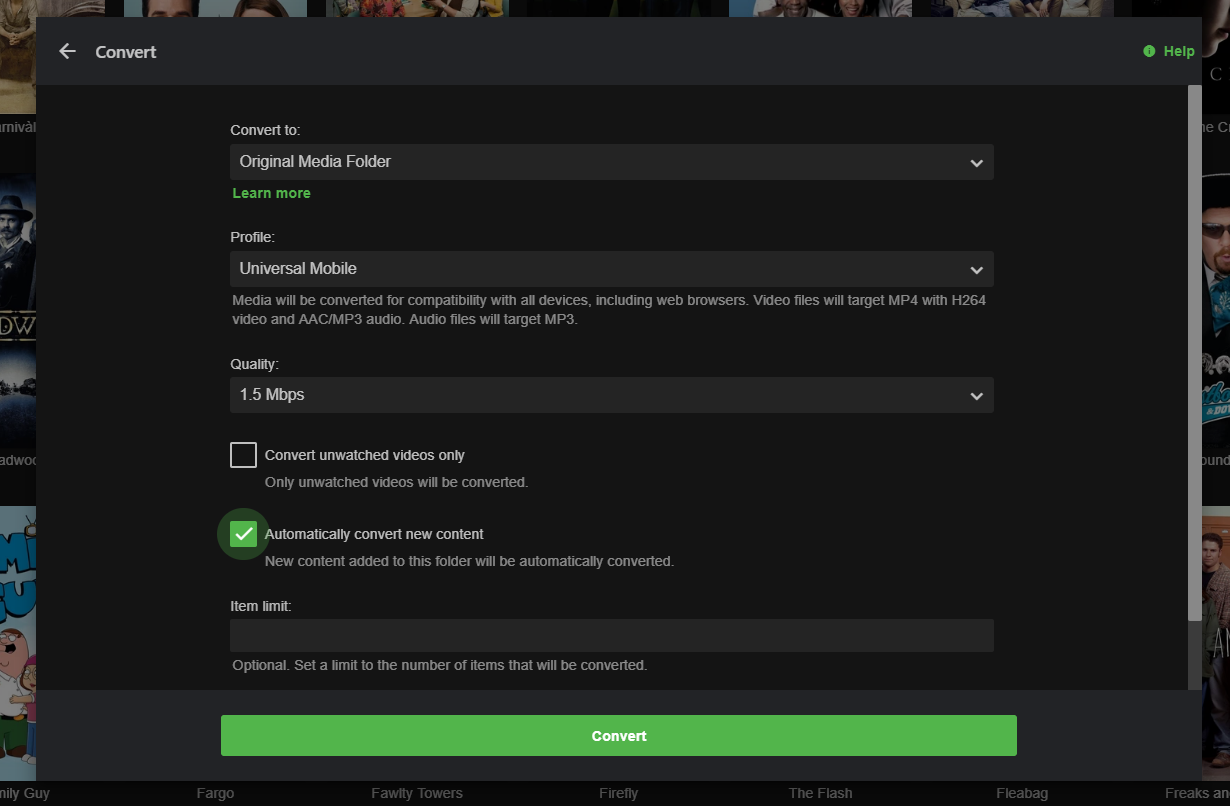 The Collections folder has become a regular Emby library, which means that it now works nicely with all Emby features, including:

Important: If you update and notice Collections are missing, please do the following:

You can now control just about everything on a per-library basis. This includes:

Important: We suggest you review your settings for each library to ensure they are correct following the upgrade.

To use this, use the metadata editor to edit a series and specify the ordering that you prefer.

Important: Tvdb will need to be your highest priority Series metadata provider (which it is by default).

On Windows, Emby Server can now automatically wake the machine for a scheduled recording. You no longer need to worry about your server going to sleep and missing a recording !

We hope to support this on more platforms in the future.

We've improved the performance of our NVENC hardware transcoding support. Additionally, our Linux x64 releases now include NVENC libraries, which means all you need to do is enable the feature in Emby Server transcoding settings.

In most cases, you'll notice you can now resume video playback from .strm files, and subtitle and audio track switching should be fully supported now.

You can now grant or deny remote access on a per-user basis.

In advanced server settings, you can now configure remote ip filters to better control who can access your server.

We've resolved various issues with the library scan removing offline media. If you're someone who frequently takes your storage offline, you'll appreciate these improvements.

As a plugin we're now able to update them in-between server releases, and you can also uninstall them completely if you don't intend to use them.

This has been moved to a plugin and is available in the Emby plugin catalog. Please make sure to install this if you wish to download subtitles from SubDb.